For more than 100 years, the Aerospace Standards Part Qualification Program™ (ASPQP) and its predecessors has provided standards for engine and airframe components for civilian and military aircraft. Founded during World War I, the Society of British Aerospace Companies (SBAC) was the United Kingdom’s national trade association representing companies that supplied civil air transport, aerospace/defense, homeland security, and space products.

World War I led to a massive increase in the size of the British aviation industry, with more than 1,500 companies producing aircraft. By the end of the war in 1918, the SBAC organization and committees were well established, and the management committee established technical committees – one for aircraft airframes and one for aircraft engines – to which purely technical questions could be referred.

In the mid-1990s, the Airframe and Engines (Propulsion) committees were combined due to the reduced availability of support from industry. This single committee was originally named the Technical Standards Group, and later became the Technical Standards Committee (TSC), which exists today. In 2009, SBAC merged with the Defence Manufacturers Association (DMA) and the Association of Police and Public Security Suppliers to form ADS Group Ltd.

SAE ITC employs a UK-based full-time staff member to provide administrative support to the TSC and witness some product qualifications. The work of the TSC is coordinated with other SAE International committees including E25™ (General Aerospace Parts), G-3™ (Hydraulic Fittings), and AE-8 C1™ (Electrical Connectors). In addition, its activities are also reported to through to the Engineering Standards Committee of ADS Group Ltd to ensure continued support to UK industry.

SAE ITC will work with the TSC to develop the qualification program in other parts of the business as industry needs dictate. In addition, the TS200 Database pilot using a blockchain platform provides best practices for consortium tool development for Health Ready Components & Systems™ (HRCS) and other sister programs of SAE ITC. 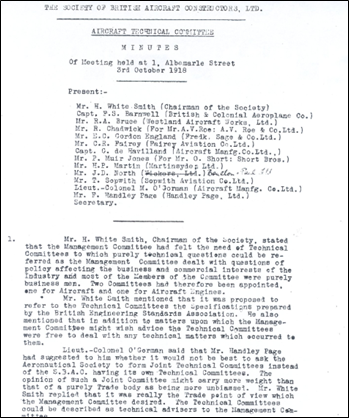